Sandy beaches. Rocky beaches. Lonely beaches.
We kayakers are always leaving one beach for another. But here are some that stay with us. 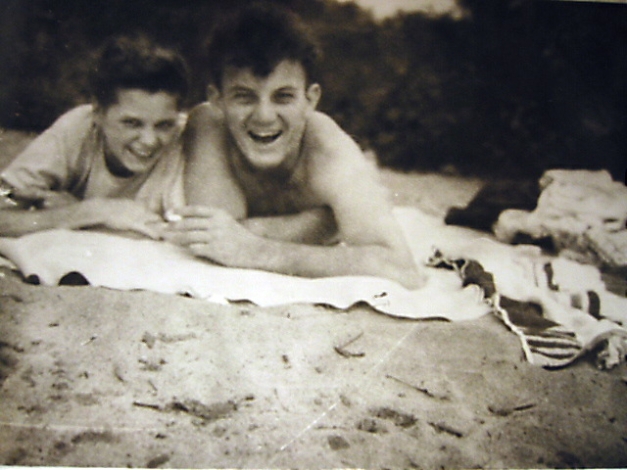 The view from Hart Island, April 2012. Execution Rocks in the distance, rocks in the foreground. 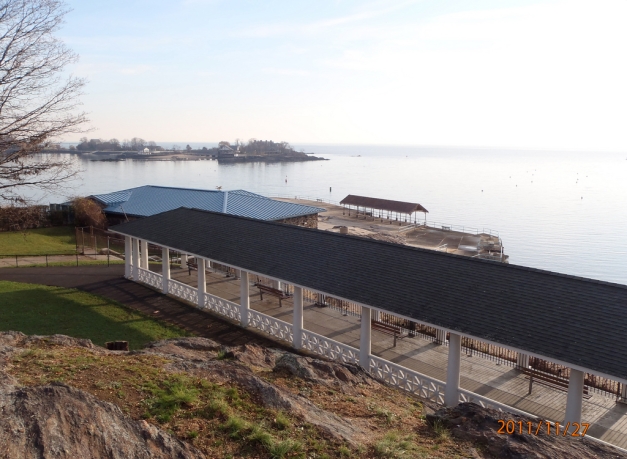 The view from Hudson Park in New Rochelle (home) 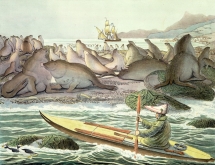 “Seal Central,” Rick answered when we called to share our float plan (Larchmont>Greenwich>Larchmont) and inquire if he’d consider being our Plan C (for Cartop, or Chicken) in case the return trip just wasn’t going to happen. It’s March, frigid, and our area is “Seal Central” for sure. From Long Island Sound to Swinburne Island, seals are hauled out lounging on rocks at low tide while hearty kayakers “hunt” them with binoculars and digital cameras. We planned to meet up with the Sound Kayakers hunting party near Great Captain Island. But instead of launching with our sane, reasonable friends at Grass Island in Greenwich, we’d make a day of it and paddle from home.

Heading east at sunrise, we chuckle at that old Arctic joke… Q: What noise wakes you up at the North Pole around March 18? A: The crack of dawn! 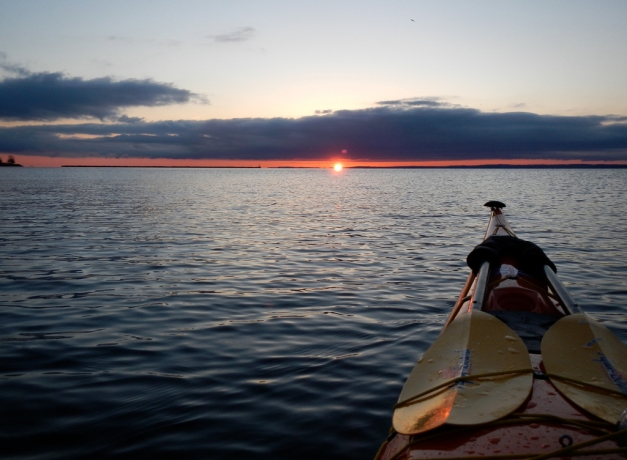 Alex, “seal hunter.” Learn more about the originals at http://www.athropolis.com/arctic-facts/fact-kayak.htm 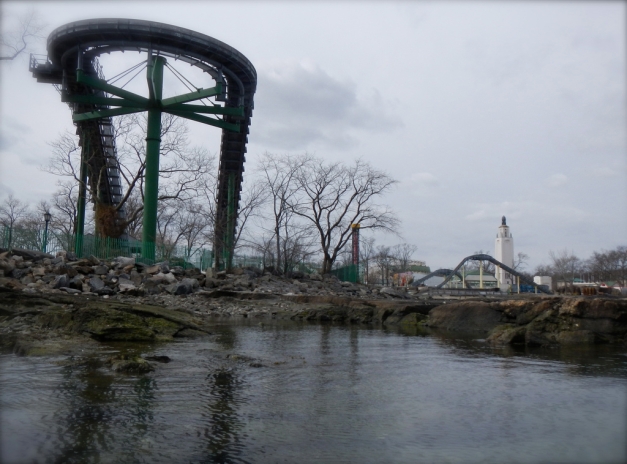 An hour and a half later, we passed deserted, wintry Rye Playland 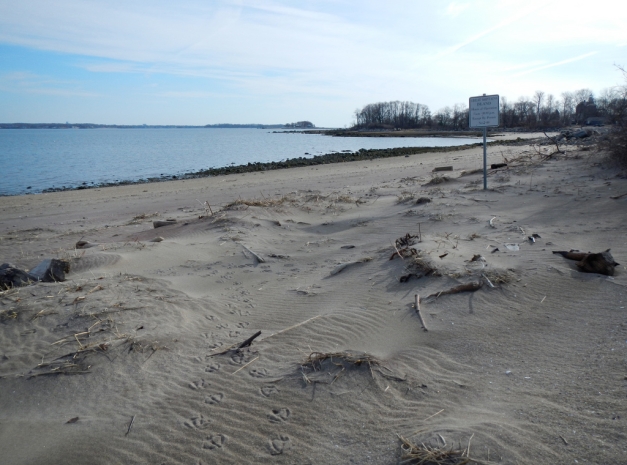 At 9:20 we landed at Great Captain Island, CT. Nobody here except us geese.

Alex scans the horizon for our fellow seal hunters. We are to rendezvous at 9:30.

Aha! (Er, ahoy!) Rick and Andrew paddle our way as the wind picks up, as advertised

We relaunched and silently joined our friends. Shhhh! Over there, seals! Stage whispers from Michele, “These are probably Harbor Seals, Phoca vitulina, which arrive around November and can stay as late as mid-May, though I’ve never seen them beyond March. The two on the left are most likely males, which grow to 5-5.5 feet, and weigh 200-250 pounds.  The ones on the right look smaller, probably females, which grow to 4.5-5 feet, and weigh 150-200.  They come from Eastern Canada and New England.”

Seals have a very well-developed sense of hearing. It’s important to stay quiet and not scare them, as low tides provide their only opportunities to rest.

Jean, Michele and Rick raft up 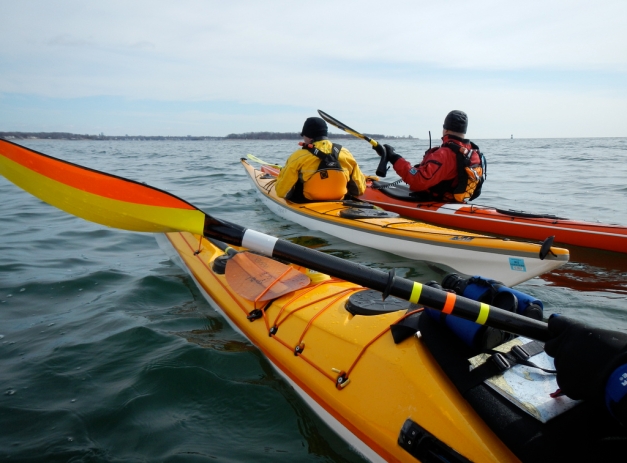 Seals have large eyes which enable them to see very well above and below water. We need binoculars. 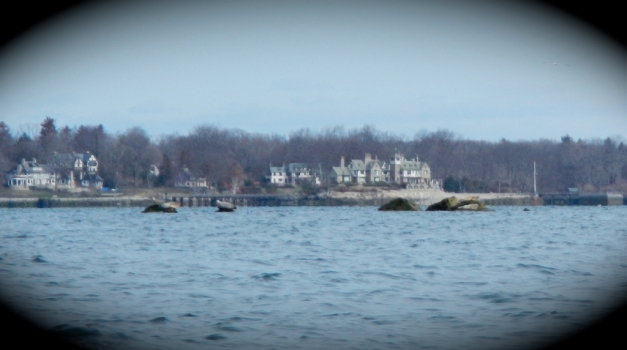 When hauled out, harbor seals often lie with their heads and hind flippers elevated in what is often referred to as the “banana-like” position.

How exciting is that?! Now we’re feeling all seal-geeky… Cue the Coastal Research & Education Society of Long Island’s (CRESLI) Seal Research Program that monitors seal populations and conducts long-term behavioral studies of seals around Long Island. They tell us that “population counts over the last 16 years have indicated a dramatic increase in the number of seals utilizing Long Island’s waters, as well as a shift in the species composition of the region. Historically, Long Island’s seal species typically included harbor and grey seals, which are relatively abundant in our waters from late fall until late spring.  In recent years, “arctic” species such as harp, hooded and ringed seals  that were once extremely rare for Long Island, have also become more commonly sighted.”

Check out CRESLI’s wonderful site for interesting facts about seals, guidelines for responsible seal watching, seal cruises, and lots more. And hey, you can also watch seals without going outdoors. See them up close while you stay warm and dry at the aquarium in Norwalk, CT.