What the Gull Saw

This week’s Discover Challenge is perspective. Last Sunday, our dear friend Luke, aka Kayak Hipster, and his camera drone (!) supplied an all-new birds’ eye view of us paddling—and Horseshoe Harbor coming back to life. No telling what that curious seagull thought about it! 🙂 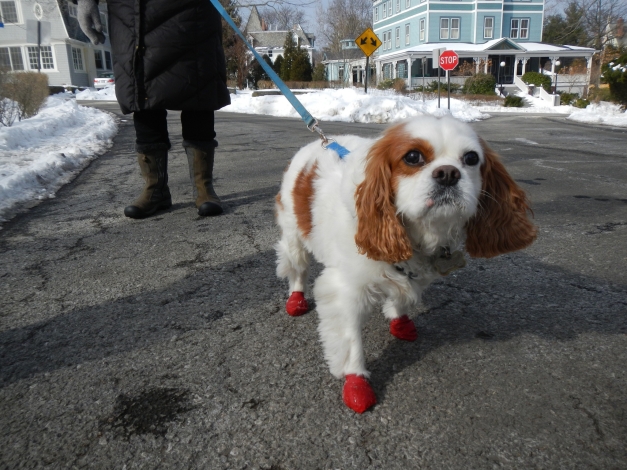 The snow is still piling up here, which makes trudging through the park to the boathouse difficult—especially if you’re skidding around on four feet instead of two. Here, Jim’s dog, Charlie, dons his PAWZ booties for a Sunday stroll through Manor Park with Pat. 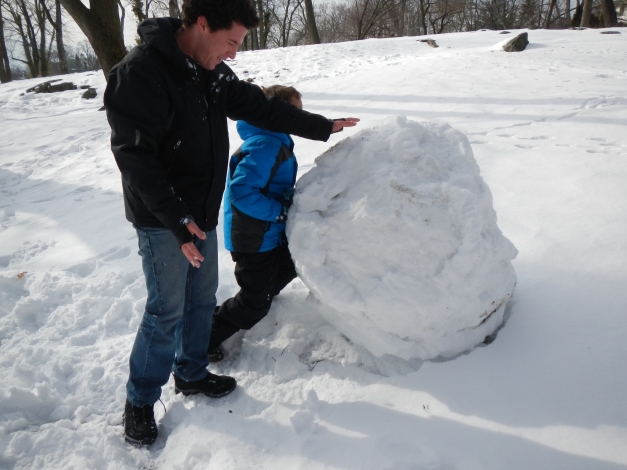 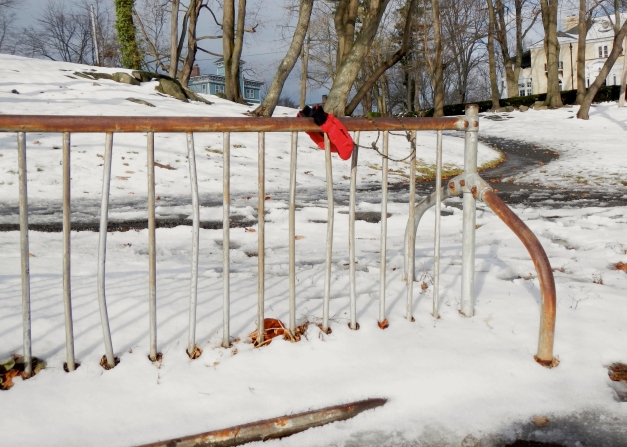 How much longer must we endure the depths of winter? Charlie leaves that to Punxsutawney Phil, THE groundhog of Groundhog Day (Feb.2). On this date for the past 129 years, Phil has been prognosticating, amid great fanfare, the early arrival of Spring vs. six more weeks of winter. 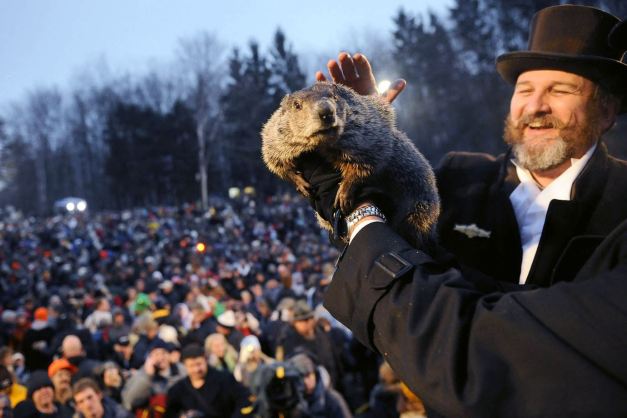 TV cameras, cheering crowds, Abe Lincoln impersonators in top hats—nothing fazes him. But if he sees his shadow, YIKES! It’s back underground for another six weeks. Which is exactly what happened yesterday in Punxsutawney, Pennsylvania:
Forecasts abound on the Internet,
But I, Punxsutawney Phil, am still your best bet,
Yes, a shadow I see, you can start to twitter,
Hash Tag: Six More Weeks of Winter!

Posted by 2geeks3knots on February 1, 2015
Posted in: Around the Sound, Beyond Words, Kayaking. Tagged: Manor Park. 2 Comments

No, we did not buy a drone. But lucky for us, this guy did! A gorgeous video of Manor Park (home of Horseshoe Harbor Yacht Club, where we keep our yaks) by John O’Sullivan. The boathouse, the snow, the music…we love everything about it. Hope you will, too. 🙂 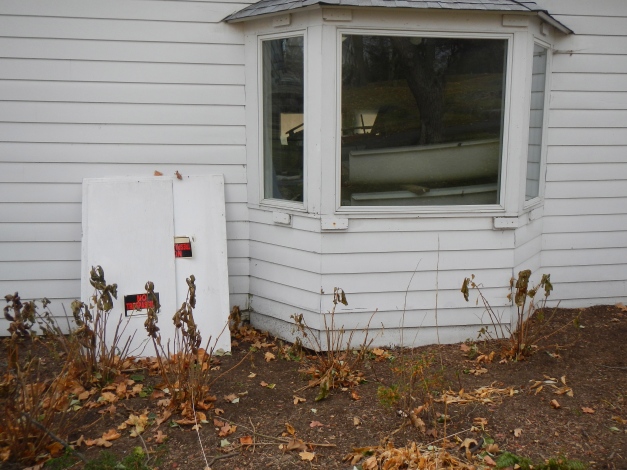 The boathouse at Horseshoe Harbor is in hibernation mode

Party’s over til next May 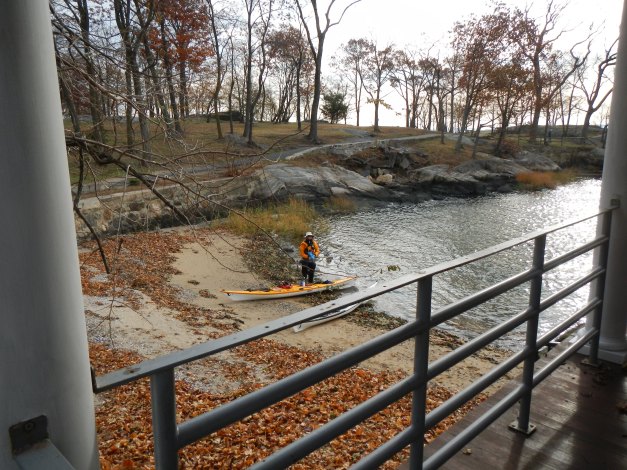 The docks are gone, so Alex preps to launch from the beach

Even the park feels abandoned

No obvious riots of color here. But all that can change quickly, when you wriggle into your mango and paprika dry suits and paddle 4.5NM to City Island, in the Bronx. Winds this Sunday morning were 10 kts. SW, water 43F, the air around 55F—enough to put some color in our cheeks. 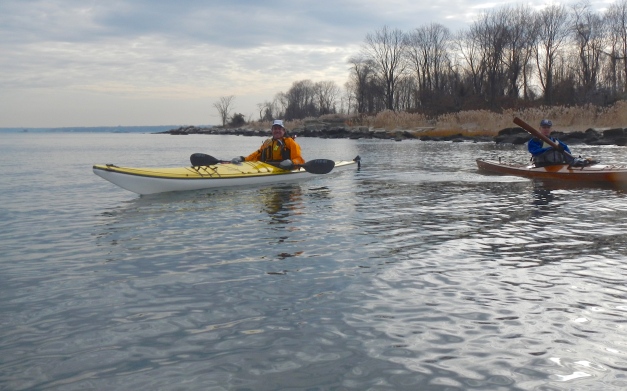 The extent of the “boat traffic” between Long Island and Westchester. Can you find all four vessels? 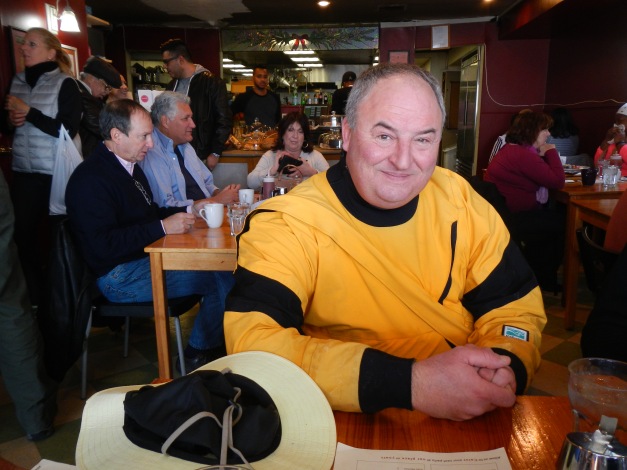 Brunch at Sugar & Spice Bakery. No one notices that the aliens have landed at the next table over.

Jean and Alex drip, while Jerry ponders the menu 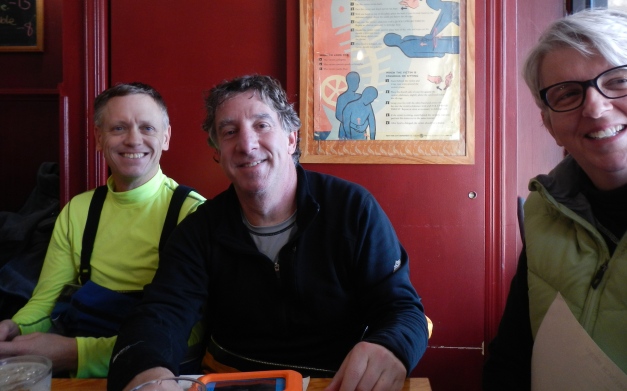 Even the choking emergency poster is cheery

This colorful character was fascinated by our beach launch

City Island is known for its shipbuilding. During WWI and II, it produced minesweepers and tugs, as well as many landing craft used in beach invasions. City Island has produced seven Americas Cup-winning yachts.

We relaunched around 12:30. Andrew and Jim headed for home.

The rest of us circumnavigated City Island. That’s Stepping Stones light and Long Island on the horizon of a deep blue-green sea. 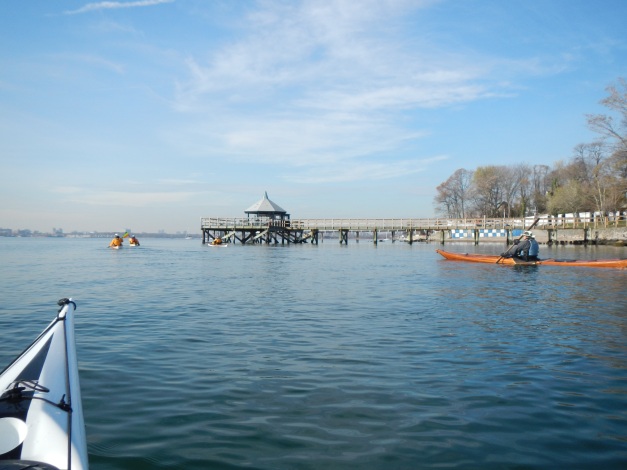 Going around clockwise for a change

Alex’s paddle wins the Most Likely To Be Seen award

Calm, cool scene at the top of City Island