There’s only way to get your hands on a blue crab: Go out and catch one. (Or dozens, day after day—as our new friends on Tangier Island, VA, explained, when we paddled there in June.) Here’s a little photo essay from our visit to a “crab house” with local waterman, Denny C. 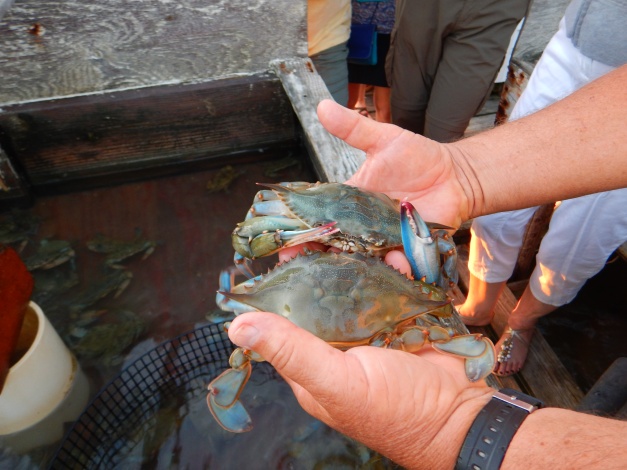 Besides churchgoing, harvesting blue crab shapes life here. On workdays, watermen are up at 3:30 a.m.

The “crab houses” that line the harbor are essentially “shedding pounds” where the molting of the crabs can be monitored (by hand, of course!).

Now we’re really feeling like silly city folk: Denny explains where soft-shell crab comes from (duh, it’s a hard shell crab that’s completely shed its hard shell—claws and all). But act fast! That rubber crab will have a new suit of armor in just a couple of hours.

US Capitol Building? A female. The Washington Monument: Male.

Soft crabs bring the highest prices. Crabbers quickly remove them from the water before a new shell starts to form and pack them in grass and ice for shipping to Crisfield and NYC’s Fulton Fish Market. 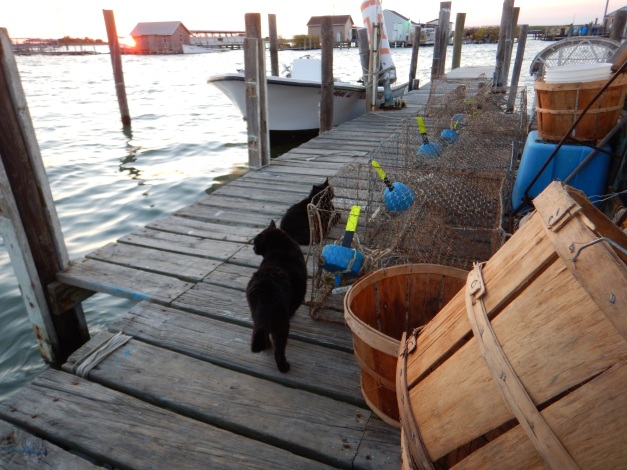 Thanks to Ailsa for this week’s travel theme!  More photos are here (click for handy slideshow): 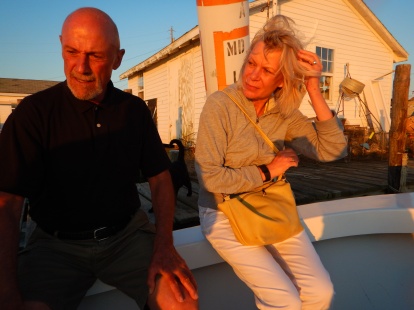 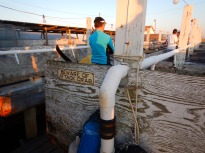 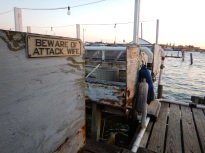 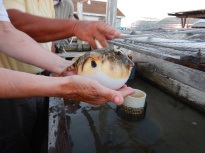 We still don’t know why this puffer fish is here… keeping the crabs company? 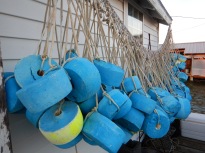 More on our trip to Tangier Island, Virginia, 6/17-19. In our previous post, we described Tangier as shrinking. Well, the better word is “sinking.” In an odd we-were-just-there coincidence, the New York Times on 7/10/16 published a fascinating article about Tangier’s predicament, which according to David Schulte, marine biologist with the US Army Corps of Engineers, is this: The island may have only 50 years left, and its residents are likely to become some of the first climate-change refugees in the United States. 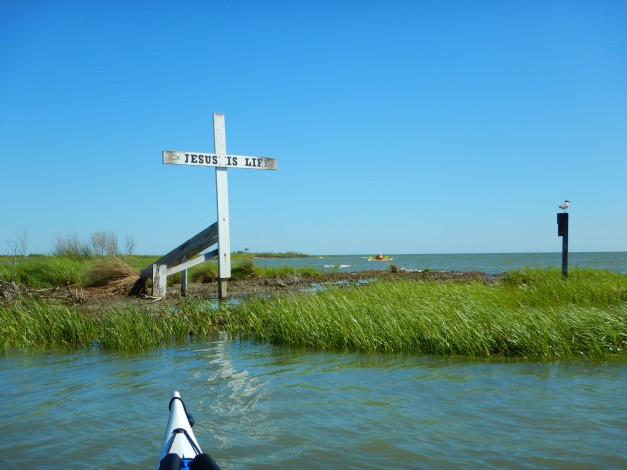 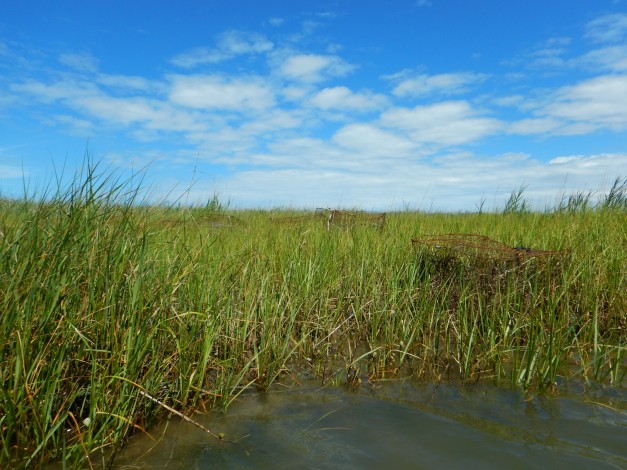 Tossing our boats over the wall of the town dock…

…much to the amusement of the local watermen

Tangier has lost two thirds of its landmass since 1850. And it’s not alone: Over the past four centuries, more than 500 islands have disappeared from the [Chesapeake] bay, about 40 of them once inhabited. Most of Tangier Island, which consists of several long sandy ridges connected by footbridges and amounts to a little over a square mile, is approximately four or five feet above sea level. 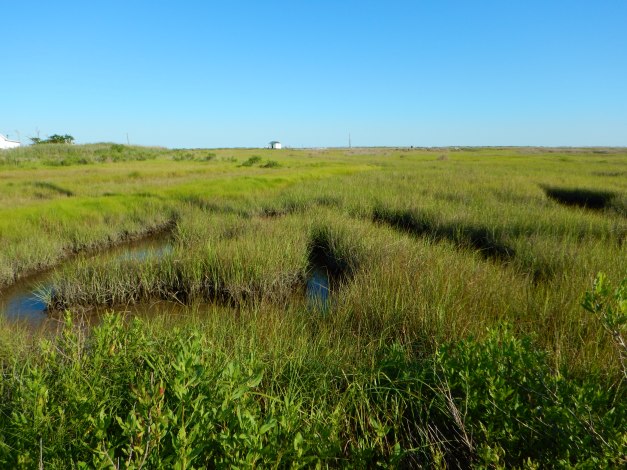 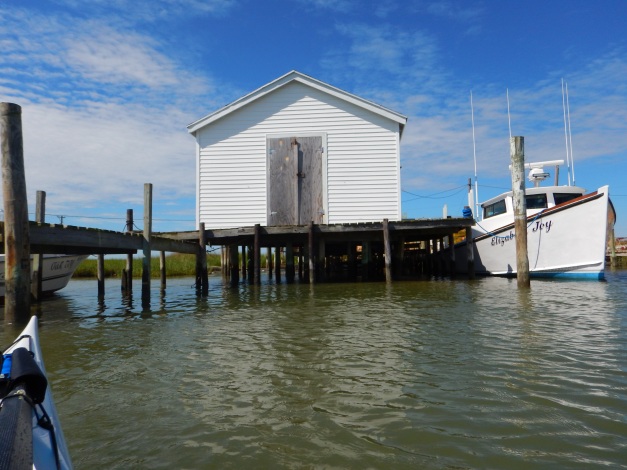 Yet, there remains this beautiful fact: The low elevations and the quiet, bird-filled wetlands and tidal creeks produce a sense of living with the water, rather than beside it. (Click for video.) 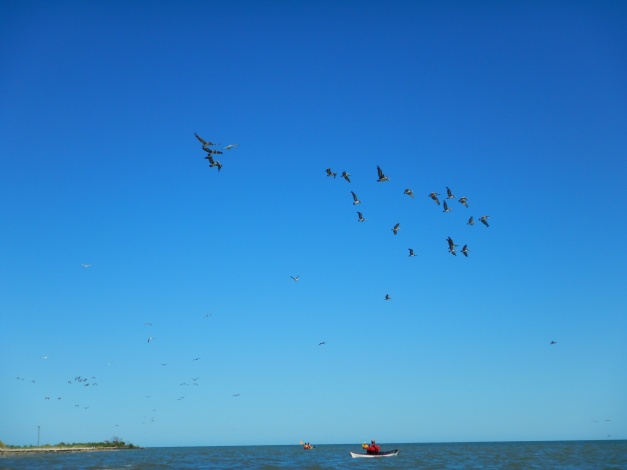 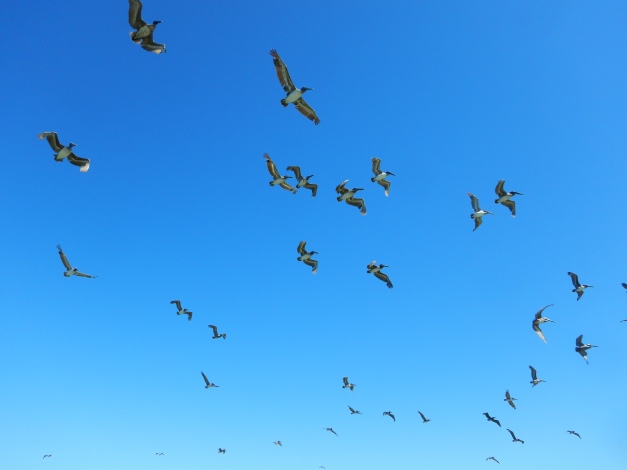 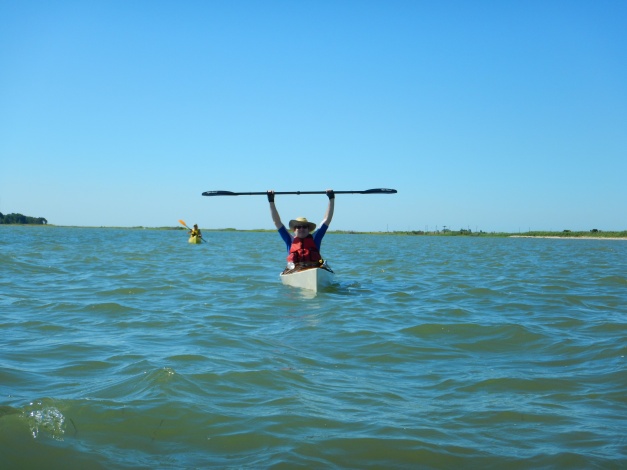 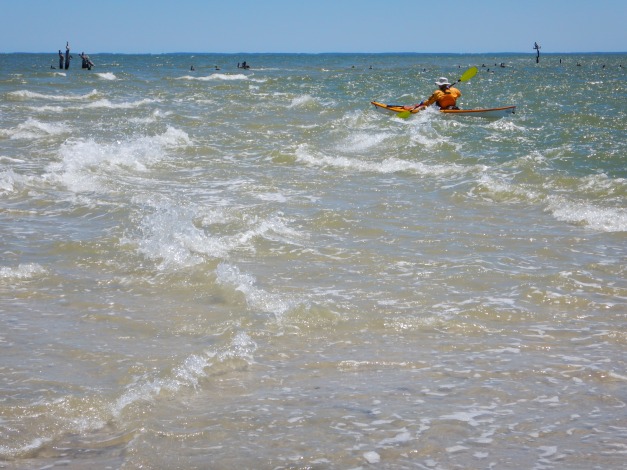 Alex in the “zipper,” recently a dry sandy hook