April showers bring May flowers and hundreds of racers (Jean included) to the Run of the Charles, Boston’s premier paddling race and signature event of the Charles River Watershed Association (CRWA). Wanna win? Bring your “wing” — and a pair of geek engineers (Alex and bro, Curt, mechanical and aerospace, respectively) to explain:

Enough with the orbital mechanics! Gimme that paddle, the race is starting!

Six miles, 1:10:28 and one downpour later Jean crossed the finish line and sprinted for the food truck. She placed first in the Sea Kayak K1 (Women) and won the raffle! A lovely rainjacket from Charles River Apparel. (Hmmm, coulda used that earlier…) More photos from our day below 🙂 🙂 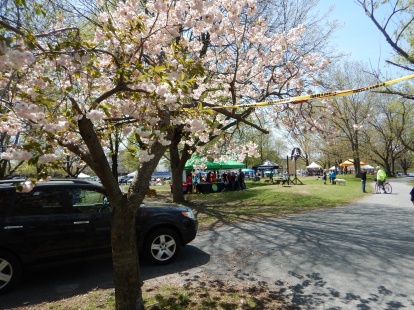 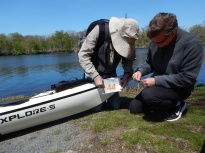 How many engineers does it take to affix a race number? 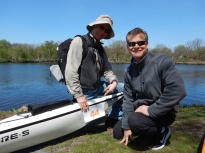 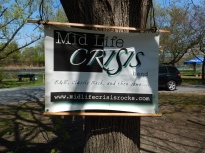 Name of the band and probably the whole endeavor 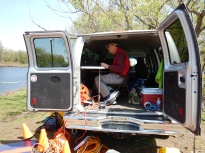 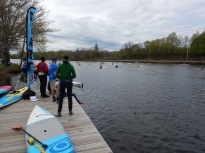 We started in April and ended in “November”–brrrr!